I was trying to build a mysql image gallery, and for that reason i wanted to retrieve the largest value, according to a specific column, which would be smaller than a url variable i would retrieve from the user interface. This is the MySql command i used initially and which retrieved wrong results:

which returned the following results:

Even though the value 59 in the above result is the correct one, the packuuid does not correspond to the same row. Digging in a bit i found that it actually corresponds to the row which has the smallest idpacks value.  This took me all day to figure out 😀

MySQL actually permits that an aggregate query returns columns not used in the aggregation (i.e. not listed in GROUP BY clause). It could be considered as flexibility, but in practice this can easily lead to mistakes if a person that designs queries does not understand how they will be executed

So I needed to modify the query.  My SQL query skills are not the best so bare with me. This is the solution I found to get the values i needed to the same row:

From time to time I discover in my stuff old photos from high school that need to be digitalized in order to be saved from my toddlers menace. 😀 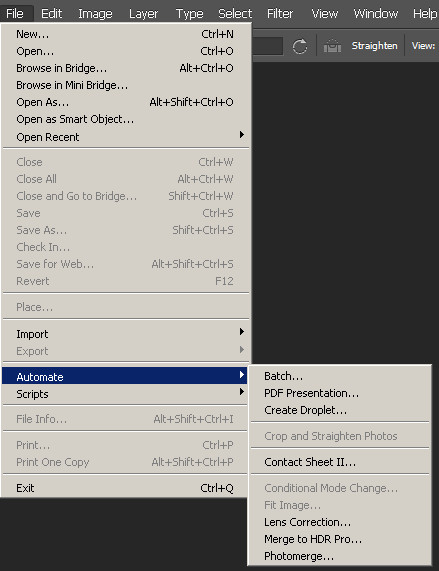 Doing this was some how tiresome because even though I have automated the scanning and saving, using a Dropbox linked scanner from Epson, the photos must be further processed in order to be up to my standards and get saved to my archive.

What I used to do, is to manually crop and resize these photos using the crop tool from Photoshop. I did not know though, that Photoshop has already solved this under the File>Automate menu with the “Crop and Straighten Photos Menu”.

As soon as you open the scanned image/s in Photoshop and  run the process, Photoshop does it all for you, even when you have multiple images in the document.  All ready to be saved!

Saved my lots of time. Time to finally process those old scanned photos cluttering my Dropbox.